The 18,990-ha Eagle Lake property is an early-stage porphyry copper-gold and mesothermal gold prospect located in the Cariboo Mining district, approximately 55 km east of Williams Lake in south-central BC. The property is road accessible by an extensive network of well-maintained forest service roads. The Eagle Lake property is 100%-owned by Trailbreaker, with a portion of it subject to an underlying 1% NSR to Teck Resources.

The property is underlain by Late Triassic to Early Jurassic intrusive rocks of the Takomkane Batholith, with minor late Triassic volcanic rocks of the Nicola Group. The Eagle Lake property is contiguous to the advanced-stage Woodjam Cu-Au project and shares a similar geological setting. The Woodjam project covers a Cu-Au porphyry deposit with an inferred resource of 1.7 billon lbs copper and 968,100 oz gold.

Trailbreaker’s team believes the gold potential of the property has been overlooked in the past, as copper porphyry-style mineralization was the focus of all previous exploration conducted on the property. For example, in 2010, a small diamond drill program targeting Cu-Au porphyry mineralization (the “Moffat zone”) at the south end of the Eagle Lake property encountered significant gold-only mineralization. At the Moffat zone, drilling returned an intercept of 3.52 g/t Au over 9.9 m, (commencing at 253 m) within quartz stockworks and breccias.  No follow-up work was ever done. A regional-scale till sampling program executed in 2019 demonstrated that anomalous gold-in-till values were returned from the southern portion of the Eagle Lake property hosting this drill hole.

The MMI survey was designed to cover historic drill showings including the drill intercept of 3.52 g/t Au over 9.9 metres (2011 drill hole MOF-5), as well as numerous low-grade copper intersections. The survey identified an 850 x 700 metre Au-Cu-Ag-Mo (gold-copper-silver-molybdenum) anomaly which extends east and north of MOF-5 into an area where there is no documented historic drilling.

During the 2022 program, the exploration team located the historic drill core from the 2011 drill campaign and was able to examine and re-log the gold- and copper-bearing mineralized intercepts. Significant amounts of hydrothermal breccia, quartz-carbonate-potassium feldspar veining, and fault gouge were observed within the gold-bearing interval of MOF-5 which commences at 253 metres depth. Trailbreaker geologists have determined that these features are representative of a regional-scale fault structure that parallels the northwest-trending geological contact between the late Triassic Copper Mountain Plutonic Suite and the early Jurassic Takomkane Batholith. The MMI soil anomaly occurs along this contact.

To further investigate the surficial expression of the auriferous fault zone observed in drill core at depth, a large-scale induced polarization (IP) survey is recommended for the area of the 2022 MMI soil survey, as well as further MMI soil sampling to the east and north. Permits to conduct the geophysical survey as well as drilling at Eagle Lake have been applied for.

In 2001, Fjordland Exploration optioned the Woodjam project from Cariboo Rose Resources and aggressively explored the northern half the Takomkane Batholith in search of Cu-Au porphyry deposits.

In 2010, prospecting led to the discovery a few mineralized outcroppings coined the Moffat zone. This area makes up the south-western portion of what is now Trailbreakers’ Eagle Lake property. A detailed soil geochemical and IP survey outlined a broad chargeability anomaly associated with several small Cu-Mo soil anomalies. A small diamond drill program was completed the same year with a total of 1135 meters over 5 drill holes. Copper or gold mineralization was encountered in all holes and associated with a porphyritic monzonite intrusive with several notable intersections.

The most notable drill intersection was 9.9 m of 3.52 g/t Au, encountered at depth of 253 meters and hosted in a strongly altered and brecciated monzonite porphyry cut by narrow quartz veins with disseminated pyrite. This 2010 auriferous drill intersection remains to be followed up to present day.

Fjordland’s claims lapsed in 2016 resulting in the Moffat showings to be re-staked by multiple different claim owners over the years. No meaning full exploration was ever completed in area since the drillhole discovery in 2010.

Trailbreaker consolidated the Eagle Lake property via staking of the historical Moffat showings and a sale agreement with Teck Resources for their remaining Takomkane claims. 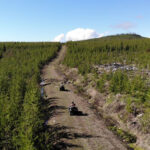 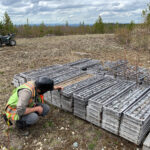 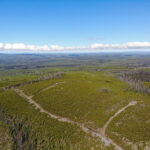 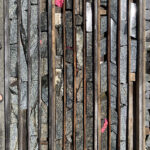 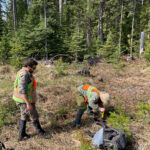 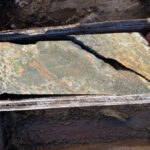 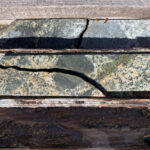 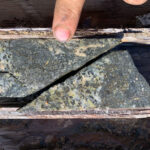 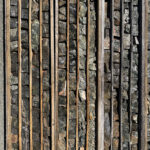 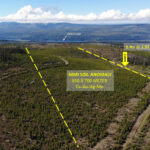 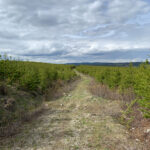 Network of logging roads provide great access throughout the property 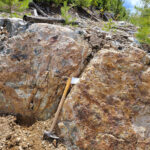 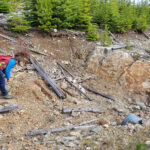 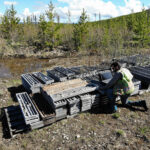 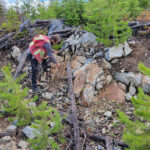 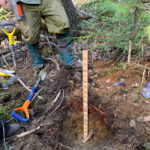 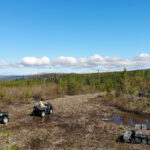 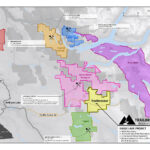 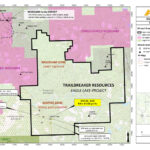 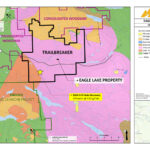 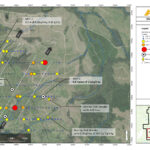 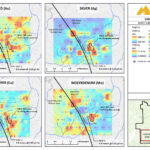